AAYLF delegate from Myanmar Htun Linn explores the barriers to education and how ASEAN and Australia can work together to increase opportunities and empower young people through education.

In Myanmar there are seven states and seven divisions. Seven states are Kachin, Chin, Shan, Mon, Rakhine, Kayin, and Kayan. Burma is the majority group. Myanmar is a diverse country with different cultures, languages, customs and religions. According to the Education system in Myanmar, every state has to use the same curriculum. There are three levels: primary school, middle school (secondary school) and high school. Primary education lasts five years, middle school lasts three years, and high school lasts 2 years. During both middle and primary school, the system is a no-failure education system. But at the end of high school, the students have to take the matriculation exam (University Entrance Examination).

Myanmar’s education system has numerous problems. In 2018, UNICEF for Every Child showed government spent 7.5 percent (1.32 $ billion) of the Union’s budget on education. The budget was not enough for education sector. The impacts of this were not enough schools, school facilities or qualified teachers. In addition, the curriculum is only based on the literacy of the majority group (Burma). Ethnic people feel that the curriculum is not fair for them as they do not have the chance to learn their own literacy. Similarly, the system emphasizes students’ memorization and scores, without having lessons in critical thinking and creative thinking skills which they could use in their career and life. If students get a high mark, they will have to choose a university based on their score, not their hobby or willingness. Moreover, they would have more opportunities to get jobs, particularly in the places of government services.  On the other hand, the students who live in rural areas which are so far from the cities do not have the chance to continue attending high school because of financial problems and not having enough schools. Mostly in ethnic areas, they often confront conflicts as well.

For instance,on March in 2019, while I was volunteering teaching students who cannot afford to go to school in Minphoo Village, near the border of Bangladesh, unexpectedly the government army entered and a few random shots were fired through the village without fighting with the Arakan Army (AA). A girl from the village, Ye Ye Soe, was killed by soldiers. No one dared to go and see her dead except her mother as government soldiers were surrounding the house. Government did not take any responsibility for her. By seeing these conditions, people including me felt that there is no security or law protection. Likewise, government soldiers arrested and tortured innocent civilians who they suspected were related to Arakan Army (AA) without getting any evidence. Before that, I had planned to run an educational institute, yet people are not interested in education as they are always worrying about the soldiers that may come to the village. This is one of the biggest issues which students are facing in education.

When students do not gain enough quality education, they become uneducated persons and have less job opportunities. Most people from rural areas go and work in other countries such as Thailand and China.

Nowadays, there are lots of educational opportunities given to Myanmar’s Education System by ASEAN countries such as Thailand and Singapore and others such as China, the United States and Australia. They invite students from ASEAN countries to attend their university by giving scholarships. However, students are not qualified and lack information related to the scholarship opportunities.

Hence, the government should use more budgets for education, reform the education system and consider education among conflicts in ethnic areas.

Alumni Legacy: Htun aims to lead the future of young people in the Rakhine state. 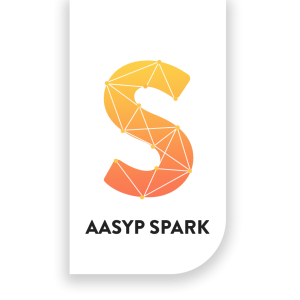 AASYP builds knowledge, inspires engagement and creates connections to give young people a voice on the complex issues in the region that need to be solved together.