The bursting of the bubble: Why tourism might be hurting Southeast Asia

The potential for tourism to influence the future relationships between Australia and the ASEAN Nations is undeniable. In 2017 alone, Australians made more than 3 million trips to ASEAN countries, and travellers from ASEAN countries made just over 1.4 million trips down under. Young Australians are increasingly attracted to the prospect studying & travelling throughout Asia, which is in turn enabling the creation of deeper connections and understanding for both sides of the increasingly-dynamic Australian-ASEAN relationship.

However while, economically, tourism can appear to have a net positive effect for developing countries within ASEAN, economic metrics may mask the exploitive underbelly of tourism, which places considerable strain on fragile ecosystems. It is imperative for us, as travellers, to depart from old habits, where little attention is given to the environmental impact when visiting these countries. Instead, we must embrace a greater awareness of the environment we are traveling in and be open to learning from the places we visit.

The Complacency to Environmental Longevity

Holidays, for most, are a time to explore, relax and to forget about the worries of everyday life. Whether you long to explore a new culture, unwind or go sightseeing, for the overwhelming majority of tourists, environmental sustainability & social responsibility are the last thing on their minds. However, the unfortunate reality is that the famed sights & pristine habitats of ASEAN nations are suffering; the combination of tourists and the tourism industry serve as a major threat to landmark locations within Southeast Asia. A UN Report in 2017 analysing the Key environmental issues, trends and challenges in the Asia-Pacific region found that 40 percent of coral reefs within the Asia-Pacific region have been destroyed, with 80 percent of remaining reefs currently at risk (United Nations, 4).

Maya Bay on Phi Phi Leh Island, Thailand gives insight to the consequences of tourists and tourism providers being reckless. The bay had about 5000 tourists a day or 1 million per year. These numbers were exhaustive for the ecosystem and marine life. It resulted in its indefinite closure from October 2018 in an attempt to restore the land’s environment. Thon Thamrongnawasawat, a marine biologist who works in the area stated, “I tried to push this campaign for many, many years, but you know in Thailand we are a tourism industry country and we need a lot of money, so before not so many people listened” (Ausleisure, 2019). Such conflicts are echoed throughout Southeast Asia; although the rapidly developing tourist trade is a major staple of many developing Southeast Asian economies, such environmental attractions are at risk of considerable degradation as a result of irresponsible commercial tourism.

Mass tourism has grown considerably within ASEAN over the past two decades and is undeniably due to a large number of companies attempting maximize profits, through the provision of heavily discounted holiday services. A stinging example of negative potential of mass tourism within ASEAN is Bali; a well-known affordable luxury holiday destination that many Australian’s prefer over domestic travel. However, a price is paid in plastic for the annual 5.7 million foreign tourists Bali receives (Bali Tourism Directory, 2017). Every year the beaches of Bali experience flows of rubbish on their shores from December to March. This is due to Indonesia’s estimated 200,000 tonnes of plastic from rivers and streams going into the ocean each year (Nature Communications, 4).

“There’s a lack of awareness and infrastructure, like garbage bins and transporters,” Eco Bali’s Ketut Martaadi states (Adam Harvey, ABC, 2018). Tourism companies within the region, such as hotels, boat cruises and tours, should consider the impact of mass tourism and the available environmental infrastructure when offering their services.

As young people, we are tasked with the responsibility, while travelling, to show greater respect and care for the sites we visit. Environmental consciousness is vital in all circumstances. Whether it be picking rubbish up from the beach or researching sunscreen with environmentally safe ingredients, the consideration of such things when traveling is compulsory. The developmental capacity of tourism within the ASEAN region is undeniable; however as young travellers, we are tasked with ensuring the wellbeing and longevity of these locations from now, and into the future. 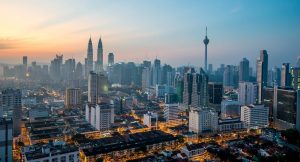 Why have Malaysian minorities internalised systemic racism for 63 years?

Innovation Nations: The Argument for Collaboration with Vietnam

Building Resilience and Relationships: The Way Forward for Cambodia and Australia