Counterterrorism in Australia and ASEAN: A potential collaboration?

Terrorism remains a security issue for both Australia and Southeast Asian nations. In 2017 alone, there were 811 total number of fatalities from terrorism-related attacks in Southeast Asia.[1] With the rise of transnational terrorism, it is within the interest of all nation-states to improve domestic and regional security. While there already exists a degree of military cooperation in counterterrorism efforts between ASEAN nations, the question is: To what extent can Australia play a role in building and improving counterterrorism (CT) and the process of counter radicalization in the region?

ISIS’s diminishing power in Iraq and Syria has had a knock-on effect in Southeast Asia as the organization strives for survival elsewhere, by exploiting radicalized networks, such as those in Southeast Asia.[2] ISIS was able to metastasize to other countries, including Indonesia, Malaysia, and the Philippines, to create networks and use networks, some strong enough to take over Marawi in Southern Philippines for some period of time.[3] This is partially because ISIS is able to inspire lone wolf attacks, without having to have a permanent base in the region. The nature of such development makes it difficult for authorities to prevent the group from metastasizing and to prevent an attack from taking place. The prospect that ISIS could inspire other groups, should they have the human capability and resources to do so, to emulate or outdo Marawi in other Southeast Asian cities or urban areas, is particularly sobering.[4] ISIS is not the only extremist organization with the capacity to make an impact in Southeast Asia.

The region has been home to the world’s most active and longstanding Islamist extremist groups, some of which have refused to pledge allegiance with ISIS. In Indonesia alone, there is Jemaah Islamiyah (JI), an organization that seeks to establish a broader Islamic state in Southeast Asia through the recruitment of individuals and other groups who similarly seek to establish a JI Islamic State.[5] JI have been involved in promoting an extreme interpretation of Islam, recruiting new number and publishing radicalised materials. As of 2016, JI have been raising funds to send men to train in Syria and to prepare for its future, which likely means a return to politically motivated violence. While in recent years JI have not been involved in terrorist attacks across the region, its attacks in early 2000’s, including the Bali Bombings, a series of hotel bombings in Jakarta and the bombing in the Australian Embassy in Jakarta have killed 250 people, of which 95 of them were Australians.[6]

CT in Southeast Asia is becoming increasingly militarised, with both Malaysia and Thailand showing increasing reliance on more coercive and bellicose approaches to counterterrorism. The Indonesian military have also sought to establish a new anti-terror unit known as the Joint Special Operations Command (Koopssusgab) in mid-2015.[7]  The para-militarization of law enforcement, in an attempt to tackle terrorism, has received considerable attention over the past few months. There has been cooperative frameworks within the Association of Southeast Asian Nations (ASEAN) with defense-oriented arrangements, bringing together defence establishments and armed forces to serve the growing need of CT.[8] In fact, it is likely that Southeast Asian governments will have to further militarise their CT strategies to respond to the increasing militarization of the extremist groups; by giving their armed forces key roles, at the same time as building the capacity of other domestic security forces such as the police.[9]

Ultimately, greater efforts and new approaches to counter radicalization in Southeast Asia are critical in light of an ever-growing changes and developments in terrorism. Malaysia, for example, has been successful in building cooperative counter radicalization and recruitment efforts within the Muslim community.[10] Such approaches critical because radical groups often exploit the networks of familial ties, friendships and religious institutions, exploiting weaknesses such as identity crisis or vengeance and promoting a dream of a martyr life. Indonesia’s counterterrorism police, Densus 88, have been extremely successful in foiling terrorist attacks, evidentiary in the relatively small number of attacks that have happened over the past decade.

Australia’s own security relies heavily on the stability of its immediate region especially Southeast Asia. This is highlighted in Australia’s 2016 Defence White Paper, which outlines Australia’s desires to build ‘the capacity of regional country to respond effectively to security challenges,’ including the threat of terrorism, in the hopes of creating a stable region.[11]There is already a certain degree of military cooperation between ASEAN nations for CT efforts, but aid is still needed for CT and counter-radicalization processes in Southeast Asia, including financial aid and appropriate training. Australia can play a significant role in this scenario. Australia and Indonesia have collaborated in CT efforts: post-Bali bombings, the AFP and its Indonesian counterparts, Kepolisian Negara Republik Indonesia (POLRI) established a specialist centre for CT training for police and government officials.[12] Such efforts have proven to be quite successful, POLRI’s CT wing has successfully disrupted the growth of many terrorist cells within Indonesia, and prevented numerous attacks.[13] Australia’s counter-terrorism cooperation does not stop with Indonesia; it has signed a counterterrorism cooperation with the Philippines in March 2003 and with Cambodia on June 2003. Such success can be repeated in those Southeast Asian nations that are battling with the threat of terrorism. By providing financial resources and through training, Australia can expect Southeast Asia to have the capacity to manage the threat of terrorism well. This will be beneficial to Australia as it will ensure the safety of a large number of Australians who travel through Southeast Asian nations, and will ensure the stability of its immediate region. 1.2 million Australians travelled to Indonesia alone in 2018, with many more travelling through Thailand, Singapore, Malaysia, Vietnam, etc. Ensuring the safety of these travellers are paramount.[14]

Riding on the success of such collaboration, Australia can continue to contribute to the region, and assist ASEAN nations that are battling with the threat of terrorism. A lower level of terrorism in Southeast Asia is beneficial to Australia, as it will ensure human and regional security. Importantly, a stable immediate region is certainly desirable for the region’s prosperity. For ASEAN nations, ensuring the safety of its citizen is paramount for improved economic outcomes. Australia is the best-fit for a counterterrorism collaboration. For a start, Australia’s middle-power status have created a friendly foreign policy towards the region. Second, Australia’s geography has meant that their main reason in aid is to bring regional stability. It can be argued that big powers such as the U.S. and China would have alternative motivations and bargains. Lastly, as Australia have previously established a counterterrorism cooperation with Indonesia, it has had experience in working in Southeast Asia. Such skills will prove to be beneficial in future working with ASEAN.

[12]  Barton, G. (2019). How Indonesia’s counter-terrorism force has become a model for the region. [online] The Conversation. Available at: https://theconversation.com/how-indonesias-counter-terrorism-force-has-become-a-model-for-the-region-97368 [Accessed 28 Apr. 2019]. 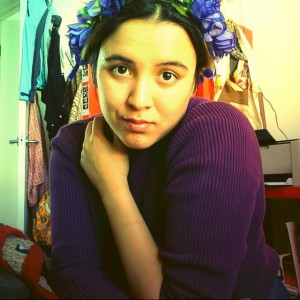